Oil is a popular topic in the world we live in. For many industries, oil is a subject that is heavily relied upon. The challenge with oil has always been extracting the oil. This process constitutes mining into the heavy crude where the oil can be found. Many producers have taken this opportunity to develop new technologies that allow for efficiency on the market aspect. It can be said that when the market becomes stable there is a high potential for heavy oil assets to generate a surplus of cash flow for many years. The downside to this is when the market becomes unstable, the oil industry as well as heavy oil becomes questionable as far as the economic stability of the market itself. No matter the situation of stability, heavy oil meets global energy needs and is an attractable solution as well as an excellent market for the automation industry, especially when valves and actuators are involved. There are three categories of oil production. They come in order of their lightness and are as follows:
Conventional oil is oil that is light crude and is easily captured by tapping into a reservoir. Extraction and refining processes will not be explained further in this article. However you can learn more about offshore drilling here.

What is heavy oil?

Heavy oil is a type of crude oil that is characterized by an asphaltic, dense, viscous nature and is also described as asphaltene content. This means there are very large molecules that incorporate a large number of sulfur and metals in the content of the oil. Heavy oil is similar to molasses and contains impurities such as waxes and carbon reside that have to be removed before the refining process takes place. Heavy oil is abundant but it also comes with technological and economical challenges, even though it is a very important energy resource.
There are over 30 countries known to use heavy oil including Canada and Venezuela as the leading two countries. Other countries include Mexico, Indonesia, Brazil, the United States, China, Colombia, Chad, Iraq, Kuwait, and others.
Heavy oil originated millions of years ago with other plant life just like other forms of petroleum. Oil formation typically takes place in very fine grained sedimentary rocks known as black shale. Once oil is formed there is a continuous pressure from overlying rocks that cause it to migrate. The oil and pressure migrate through permeable rock layers until they become trapped in porous rock reservoirs such as limestone or sandstone. Typically, heavy oils are not recoverable when they are in their natural state by means of a well or an ordinary production method. Heat or a flow of dilution into a well through a pipeline is usually required.

What is oil sands?

Oil is a natural occurring combination of sands, bitumen, water, and clay or other minerals. It is a very viscous and heavy type of oil. It has to be treated before it can be processed in oil plant to produce gasoline or diesel. Bitumen is so viscous that at room temperature it turns into some comparable to cold molasses.
Oil sands can be found in several locations around the globe, including Venezuela, the United States and Russia.
In history, oil sands was mistaken with tar sands because of the now obsolete and largely ineffective practice of using it for roofing and paving. Though they appear to be visibly similar, tar and oil sands are different;

To sum up, many industries rely heavily on oil. Since there has been an increase in technologies for heavy oil extractions the source of petroleum has become substantial part of the market. No matter what the market price of oil is, the demand does not change. 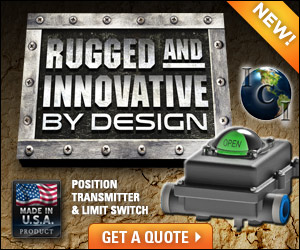