3 Ways to Define Actuator Torque in Words You Understand

Lack of knowledge about torque can often mislead buyers to inaccurate choices when choosing an actuator for their automation package. Here is a clear definition of what actuator torque is.

Actuator torque is a numerical expression of the amount of torque that an actuator is capable of generating. Torque is a term used to define the extent to which a motive energy twists an object around its own axis or a point. A good example of this is a high-performance race car which tends to twist or lift on one side when the engine is revved. This reaction is caused by the engine's torque, which, although its output force is harnessed to drive the car forward along its own axis, exerts a rotational movement around the car's axis. In simple terms, the more torque a device can generate, the more power it will be able to exert over a wider range of operational loads.

The straight line motion experienced when something is pushed is a practical display of force. Torque, on the other hand, is best described as the result of the use of force to a wrench, which turns a bolt around its axis. The same applies to a screwdriver being used to loosen a very tenacious screw. If the screwdriver handle is well-designed and does not slip in one’s hand, a large amount of torque is being generated and applied to the screw by the force applied to the screwdriver handle. The same principles regarding the conditions that influence the ability of comparable forces to generate rotary motion also apply to the definition of actuator torque.

This concept of actuator torque is perhaps best demonstrated by an automobile approaching a steep hill in top gear. In this gear configuration, the engine is not able to develop much torque and, to efficiently climb the hill, a lower gear will have to be selected. The same principle applies to an actuator with internal mechanism designs determining how well the actuator motor converts its force into usable torque. High torque values are not always called for, so not all actuators develop the same torque outputs even though they may have comparable power sources. This makes educated choices critical when selecting devices for applications requiring high actuator torque values. 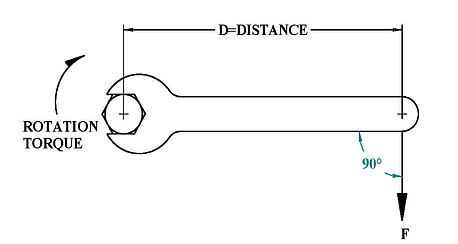 A force about a given axis that produces rotation has a moment (torque). The magnitude of the moment is the product of the force (F) and the perpendicular distance (D) from the line of action of the force to the axis, T=F x D. Simply put torque is generated by a twisting force which produces rotation about an axis. 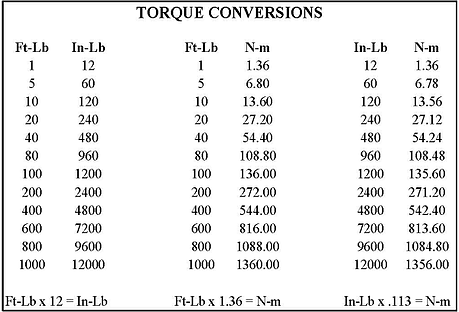