Fracking or hydraulic fracturing is the process of extracting oil and natural gas from layers of shale basins deep within the earth. With the easily obtained reserves of oil and natural gas exhausting and unable to fulfill the needs of the American energy demand the hunt of natural resources was reborn. 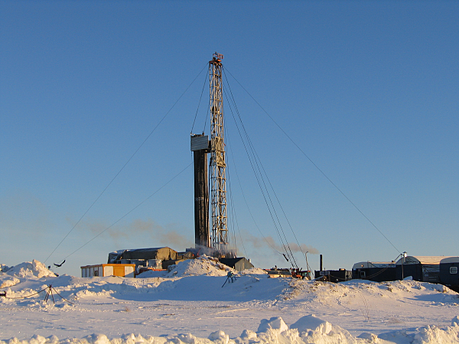 This being understood, the only other known oil and gas reserves remaining are deep within the briny depths of the ocean base. Pursuing these offshore deposits would not only be tremendously expensive but would be incapable of producing enough to sustain America’s excessive power demands. Following this course of action would ultimately lead to an energy deficiency aimed at the American consumer; furthermore the cost for what little they could use would be massive. So the exploration continued, with the possibilities becoming limited, attention was then directed to deposits of gas and oil in the shale rock. The shale rock enclosed large amounts of fuel but was hard to obtain with conventional vertical drilling techniques. Drilling vertically was rendered futile due to the dispersion configurations of the fuel. However by penetrating vertically to the depth of the shale rock layer then altering progression horizontally to form a fuel conduit through the lesser pockets, allowing a larger portion to be recovered. Then in order to maximize the collection of resources charges are set along the fuel path to form clefts in the surrounding rock. Once this is complete sand, water and “solution” is then forced down the bore path under immense pressure. This swells the cracks allowing fissures to be created, and then the fracturing compound is pumped back out. Once drilling and fracturing is complete a metal pipe is implanted down the extent of the bore path then cemented in place to ensure protection of the ground water. The idea of fracking is simple; hydraulically fracturing the shale basin would then disrupt the porous shale allowing the discharge of oil and natural gas captive within. At that juncture the fuel will be recovered at the well above then processed for consumer usage.