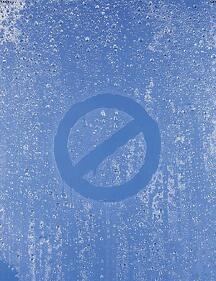 I probably would not get any arguments if I said it had been a hot dry summer here in the US last year.

However, if I told you I had a friend call me this week and tell me that their climate has been very hot and dry for quite some time but they were experiencing a water problem with one of their electric actuators.  He told me there was so much water in the electric actuator enclosure he literally had to pour the water out of his actuator.

Now that’s something you would probably have to give some serious thought to, right? Actually it is not a mystery or uncommon at all.  It concerns something we are all familure with but give very little thought to in our day to day lives.  I am talking about CONDENSATION.

Technically the amount of water vapor air can hold is directly related to the air temperature.  Warmer air can hold more water vapor than cooler air.  When warm air is cooled it loses its capacity to hold water vapor and will begin to condense forming water droplets (CONDENSATION) if cooled enough.